News from brickset that there will be a new marketplace Brick Owl to buy and sell LEGO parts, minifigures and sets. It's been designed to be used by anybody but still have all of the advanced features that AFOLs need. 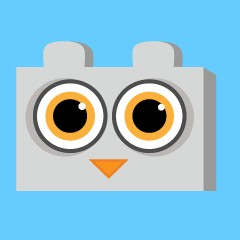 Some of the features of the website include (exact from brickset):
"Features

We're having some promotions to encourage people to come and take a look:
Brick Owl is still being developed so expect more features to come soon!"
Posted by Cocomo at 5:28 PM